A downloadable game for Windows and Linux

*** If you can't travel through the area, please download new files and replace it!

BLOOD KEEPER is a 2D action adventure game with some RPG elements which you play as Luxana, a girl who infected by the Blood Plague and became a vampire. She ran away to the forbidden realm covered by mist, where the sun never shines
to seek for Blood Keeper, the vampire queen.

The Forbidden Land
An ancient land that is said to be home of the Vampire Queen.

Intense Fight
In order to survive, do not hesitate.

Bloodlust
Combat mechanics that force you to fight for the blood.

Lore-based story
Stories are told through notes and NPCs.

We are Kusoul team, and we would like to tell you that this is the first demo of the game and our first serious project. So, it might be a bit rough around the edges. But we did try our best to deliver a challenging experience, mystery to be discovered and touching story to you. Just as we've got from the games we love.

We look forward to your support. Thank you very much for playing our game. Wish you enjoy it!

This Demo is about 2 hours long. Have fun!

If you like this game, consider support us by donating! :D

This. Looks. Dope. But I'm on android. Do you plan on releasing android sometime? I understand that there are so many different controls and it would be difficult to fit them all on a screen, but I'm just a dreamer.

One important recommendation - the special attack should be able to damage traps, at least the ones in front of you. The silver bullet boss is incredible frustrating to deal with when dodging would leave me out of stamina but parrying would actively get me caught in traps and open for a three-hit combo.

The ability to bind controls would also be nice. I almost never use the special attack but frequently like to parry, so switching the two keys would have been a nice option.

Really nice, only played it a little but i love it already.

Not gonna lie, I LOVE THIS GAME. keep working at it and at some point, put it on console! And maybe update the graphics to a more modern look. but overall its realy good!

We're working on it! Thank you.

This is an Epic Game! I Love it! It is so Fun to play! The Art Style of the Game is so very Awesome and Cute, specially Luxana Art's in this page. It is also very hard and frustrating specially the Final Boss of this Game Demo, Holy Moly I died many time trying to defeat him, he is way overpowered even when all of my relics are fully upgraded and Buff ready to use I still can't defeat him, but luck on my side at my 25 attempt I finally defeat him hahaha... Also it is so sad on what happened to Cless and Alice becoming Corrupted even when they just want to see each other. :( Hopefully they will meet in their next life :). Overall this game is Awesome 10/10, I can't wait for the Fully release Game! Also this is a great game to start the year! :)

I Hope You won't mind if I upload my Gameplay on my YouTube Channel, I want to share it with my Friends and to others.

Thank You for the Game

Keep Up the Good Work and A Happy New Year! :3

I just watched your video with my team, it was fun! boss battle with frank was so intense, what a nice play!
Thank you for playing, we will do our best.
And Happy new year <3

Thank You For Watching! :)

Thank you and sure you can use it :D

This game is very impressive, keep it up.

Some things like the pause screen and the exit key in the menus that are different are really awkward . Combat felt awkward in the beggining but i was really enjoying it when i finished the game, the movement speed does't maintain when you dash which is another annoying thing.

I liked the relics and consumables, but the consumables are maybe too powerfull(2x damage is insane), I wasn't able to kill the final boss without it, so I ended up farming blood to evolve and use consumables(which is really easy, because you can kill someone, save, then go back and kill him again).

In my opinion the shotgn boss should have some kind of quick warning sound or animation to show that he is going to do the melee attack, this specific attack felt really unfair, because it could easily burst kill you with a single mistake and was really quick. Alice was really

I really liked the stamina mechanics, when attacking i had to think about saving for dashing away.

Parry felt underpowered, i don't know why, no idea, maybe a 360° parry would be cool, or a relic to do it, (or I was just playing wrong :p, if that's the case, maybe a more dedicated tutorial part to the parry would be great).

The arrow is very good in certain situations like when there is one enemy that is unreachable without it, but is very bad in anothers, like during bossfights, it takes to much to recharge and not that much damage payof, i don't know if that's what was intended, but personally i would get rid of the blood bar consume or decrease it, because it's better to heal one more time than to use the arrow 99% of the time.

Don't take me too serious, I just wanted to say what i felt because i would really like if someone wrote half a page of a comment to my game. :)

Sorry if i typed or  wrote something wrong.

Yes, It's really nice to see someone wrote a comment this long XD. Thank you! It was a lack of polish but we will improve it, and there will be a tutorial section in the full game. :)

Promising, but will benefit from more polish.

Movement is a bit stiff, and combat is a bit awkward with too many pauses between actions. Relics and consumables are interesting though, and the level design + enemy encounters are already good.

Thank you for your advice!

Can i play it on Amd radeon 6410D Graphics Card?. Because i like this type of games

The minimum spec we've tested is GeForce 730 so I'm not sure, please give it a try.

Ok. Thank you for replying :)

Even though I am not interested in these kind of games, I really had so much fun, and I got hooked up for 30 minutes trying to kill Frank, but the best thing in my opinion is the Shrine of the undying Piano song, it slaps!, Great work, keep it up ! 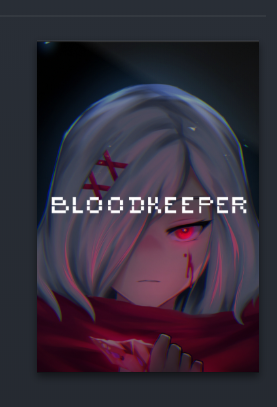 Placed it in steam because it looks cool, Good luck folks

I've uploaded the Linux version, it should work. Tell me if there's any problem :D

It works. Only when the scenes change or I quit the game, it is a bit laggy. The gameplay is fine. Sorry for poor English.

Thanks for letting me know, hope you enjoy the game!

Nice Hyper Light Drifter feel. I like it. The demo is great imo.

If you can't travel through the area, please download new files.

Sorry for the inconvenience. 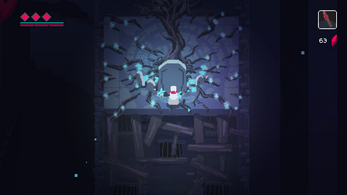 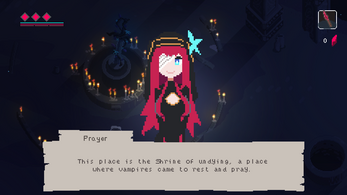 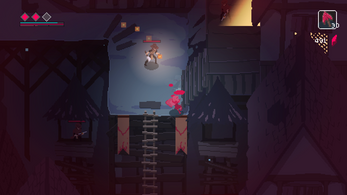 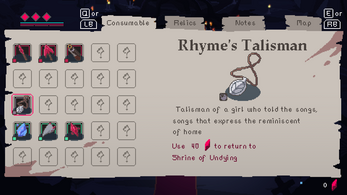 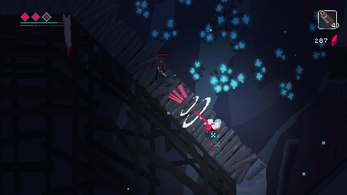 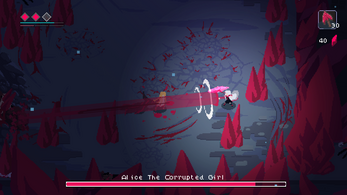